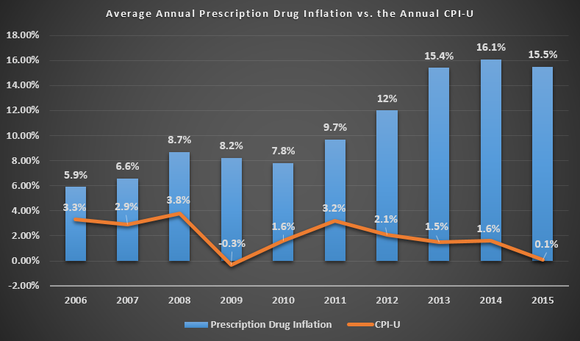 The war over prescription drug prices has come to Ohio in the form of the Drug Price Standards Initiative, which will be on the ballot as Issue 2.  Depending on who you believe, it will be either “saving Ohio taxpayers millions of dollars … while improving healthcare”  or  “a prescription for disaster”.   In any case, it promises to be the most expensive Ohio initiative ever, not because of its substance, which is not all that consequential, but because of its symbolic significance in the national political fight.

The pharmaceutical industry’s take on this is summed up in the warning included in the SEC 10-K report file by Depomed Pharmaceuticals, under ITEM 1A.  RISK FACTORS:

Although [California] Proposition 61 was rejected, these and other cost containment or price control measures, if adopted at the federal or state level, could significantly decrease the price that we receive for our products and any product that we may develop or acquire, which would harm our business, financial condition and results of operations.

Thus, to the industry, this is not just about what happens in Ohio.  Passing this initiative would signal to the country that the people are finally ready to act to stem the rising cost of prescription drugs.  The industry is not about to let that happen anywhere. 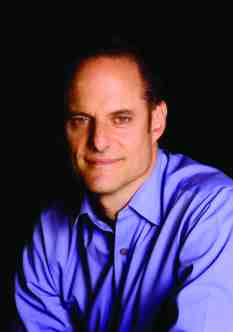 The organization behind this initiative is the AIDS Healthcare Foundation (AHF), led by longtime AIDS activist Michael Weinstein. This foundation, based in Los Angeles but which has facilities in Columbus and Cleveland, financed the gathering of signatures needed to put the issue on the ballot. Employees of this foundation are identified in the initiative as people with standing to defend it against any legal challenges.

This initiative is almost identical to the 2016 California Proposition 61. After a campaign in which $19 million was spent in support and $109 million in opposition to the measure, it failed, 53% to 47%.  Why AHF thinks they will fare any better in Ohio is beyond me.  However, perhaps that is not the point.

Health care financing in America is a mess.  The system is absurdly complex, beyond the comprehension of a layman like myself.  With all the secret deals, it is almost impossible to find out what is really going on.  Those in power like it that way. Each convolution creates another opportunity for someone to extract more money from the public, and the pharmaceutical industry seems to be at the head of pack.

Perhaps the most egregious example is Turing Pharmaceuticals, under the leadership of former hedge fund manager Martin Shkreli.  They obtained the license for a life saving drug, Daraprim, and promptly raised the price of from $13.50 to $750 per pill.  This is angered everyone.  However, it was entirely legal.  Sckreli realized that although prescription drug prices are rising faster than any other part of health care, the drug industry is actually showing restraint.  He simply acted to maximize his company’s profits.  Most drug industry leaders realize that if they were to fully flex their muscles like this that America would rise up and take away their power.

There is one point that everyone seems to agree on.  Even Ohioans Against the Deceptive Rx Ballot Issue leads their ad with “Ohioans need access to affordable medications.”  The question is what to do about it.

Weinstein’s answer, with the Drug Price Standards Initiative, is to disrupt the status quo.  Thus, Our Revolution, “the next step for Bernie Sander’s movement”, fully supports it.  Against it are PhRMA, any establishment politicians dependent on donations from PhRMA, and most establishment medical associations. 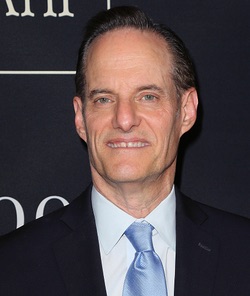 The ads, both for and against, feature the kind of personal attacks that clutter the political landscape these days.  In the mail, I received a flyer supporting Issue 2.   It displayed a large picture Craig Landau, head of Purdue Pharma, “the nation’s #1 opioid drug pusher”; since he is opposing issue 2, we must be for it.   On the other side, those opposed to Issue 2 have an website Meet Micheal Weinstein devoted to exposing the man behind the initiative.  As far as I can tell, they stick to the truth.  However, the worst they can do is label him a “California Healthcare CEO” of an organization which makes “nearly 80% of [its] revenue selling prescription drugs” and “has a documented history of frequently engaging in litigation to advance its interests.”  Evidently, thoughtful, nuanced discussion does not make effective advertising.

You might have noticed that i haven’t yet mentioned what the initiative actually does. It has two main provisions:

This second provision assures that the issue would be vigorously defended in court even if the state Attorney General chose not to do so.  Ohioans Against the Deceptive Rx Ballot Issue claims this is “an unprecedented provision granting [the promoters] the right to intervene at taxpayer expense in any legal challenges that may be filed against the measure.”  Ballotpedia analyzed the claim and concluded, “That is correct.”

In a teleconference on Oct. 5, Dennis Willard, head of the Ohio Taxpayers for Lower Drug Prices, said that this provision was moot because Attorney General Mike Dewine has promised to defend the issue if it passes.  I have not been able to confirm that Dewine has actually said this.  In any case, this is a sidelight, a diversion from the main point.

The main question is whether this initiative would lead to a substantial savings.

The Veterans Administration (VA) pays 20% to 24% less than other agencies for prescription drugs.  If the state of Ohio would pay that same price, it would save around $400 million each year.  This is simple math.

However, the American health care finance system is anything but simple.   In particular, drug prices are negotiated, and these agreements often prohibit public disclosure.  Although the VA publishes a 17,000 line spreadsheet of pharmaceutical prices, the prices that the VA actually pays are not generally available to the public.  Thus, the central mandate of Issue 2 might not be strictly enforceable.  Nevertheless, the savings would still be substantial even if Ohio was only to achieve the published price.

Issue 2 won’t fix the problem. In fact, it’ll make things worse. It could lead to: •

Michael Weinstein has discounted these possibilities, saying that “such dire scenarios will only come to pass if pharma chooses to hurt the public rather than accepting lower profit margins for drugs on some insurance plans”.

How likely is it that the drug companies, after spending over $100 million to defeat the measure in California and some similarly gargantuan amount in Ohio, would placidly accept lower profit margins?  Investors evaluate the performance of executives based on their ability to increase profits; those executives who accept lower profits will be replaced. If Ohio attempts to derail their gravy train, big PhRMA will make damned sure that nobody else wants to follow its example.

Issue 2, by itself, does not change the power relationship that Martin Shkreli so callously exploited.  These prices still have to be negotiated, and big Pharma, on the other side of the table, has no interest in making this initiative a success.  Since the VA price would become the price for the state as well, some drug companies might choose to raise VA prices.  This would have a “negative impact on veterans.” Alternatively, drug companies could refuse to sell to the state at the low VA price, making some drugs unavailable through those agencies.  This would “reduce access to medicines.” Another threat is that the drug companies could simply make up the lost revenue by raising prices for private payers in Ohio, leading to “higher drug costs.”

Thus, each of the “could lead to” assertions by the Issue 2 opponents could turn out to be true. Of course, these result not directly from Issue 2 but from the actions of the drug companies, actions that the drug companies can take whether or not Issue 2 passes.

The California Legislative Analyst provided an analysis of Proposition 61 concluding:

If adopted, the measure could generate annual state savings.  However, the amount of any savings is highly uncertain as it would depend on (1) how the measure’s implementation challenges are addressed and (2) the uncertain market responses of drug manufacturers to the measure.  As a result, the fiscal impact of this measure on the state is unknown.

I have not found a similar state analysis of Ohio Issue 2, but it would come to the same conclusion.

Health care financing in America is a mess.  After November, it will still be a mess, whether or not Issue 2 passes.  Whether Issue 2 passes or not, another similar initiative will appear in the near future in a different state.  It is a national problem.  It cannot be solved at the state level.

I will vote in support of Issue 2 even though I do not expect passing it to result in substantial savings.  I support the long term goal of fixing health care financing in this country.  Defeating big PhRMA would be a giant leap toward that goal, not because of the content of this initiative, but because it would change the political landscape.  Even if it fails, having Issue 2 on the ballot raises awareness of the problem:  something must be done about the rising cost of prescription drug prices.

And, or course,  it’s possible we could win.

This site uses Akismet to reduce spam. Learn how your comment data is processed.